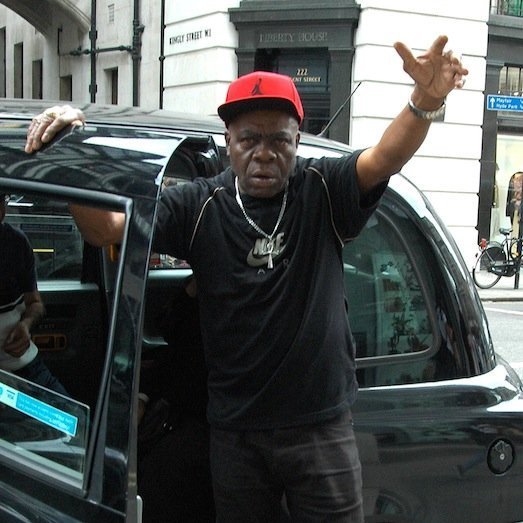 for festival and club dates

Born Nkrumah Thomas in Kingston, Jamaica in 1955, Jah Thomas was named after African leader Kwame Nkrumah, who led Ghana’s push for independence from the British in the 1960s.

Thomas grew his musical career in Jamaica cutting tracks in the Channel One studio, brainchild of Ernest and Joseph “Joe Joe” Hookim. Channel One’s DJ roster included Thomas and other young toasters like Trinity, Clint Eastwood, Dillinger, among others.

“Thomas was….one of the handful of producers who helped steer reggae out of it’s first roots period into the modern dancehall era of the ’80s and early ’90s, the effects of which are still in evidence as reggae moves into the new millennium” – allmusic.com

As a reggae DJ and record producer, Thomas’ popularity grew in the 1970s, working with producers such as Alvin Ranglin. The partnership resulted in Jah Thomas’ hit single “Midnight Rock”, which topped the Jamaican chart in 1976.  Thomas’s debut album, Stop Yuh Loafin’ gained international recognition on the Greensleeves Records label. Soon Jah Thomas established his own Midnight Rock label, one of the most successful performer-owned labels of the period, including the hit record “Cricket Lovely Cricket”.

Today, Thomas continues to produce and perform to audiences worldwide. Jah Thomas is available for club and concert bookings.

Any cookies that may not be particularly necessary for the website to function and is used specifically to collect user personal data via analytics, ads, other embedded contents are termed as non-necessary cookies. It is mandatory to procure user consent prior to running these cookies on your website.