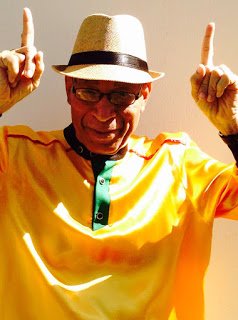 Ansel Collins, renowned original Jamaican keyboardist, producer and vocalist, returned to the world stage in September 2015 with a popular 14 track instrumental album, The Magnificent. As a producer, Collins released charting solo records, including single sides “Cock Robin”, “Atlantic One”, “Stalag” and “Nuclear Weapon” between 1969 and 1971, as well as a handful of later albums. Collins’ magical fingers would add signature sounds to Jamaica’s Mento, Ska, Rocksteady, Reggae, and Dancehall music from the 60’s to present, and continued to record throughout the 80s until now. His latest album, “The Magnificent” includes harmonies and versions of previously released songs by various artists with whom he has worked.